New Census Data Reveals Which Cities Are Growing the Fastest 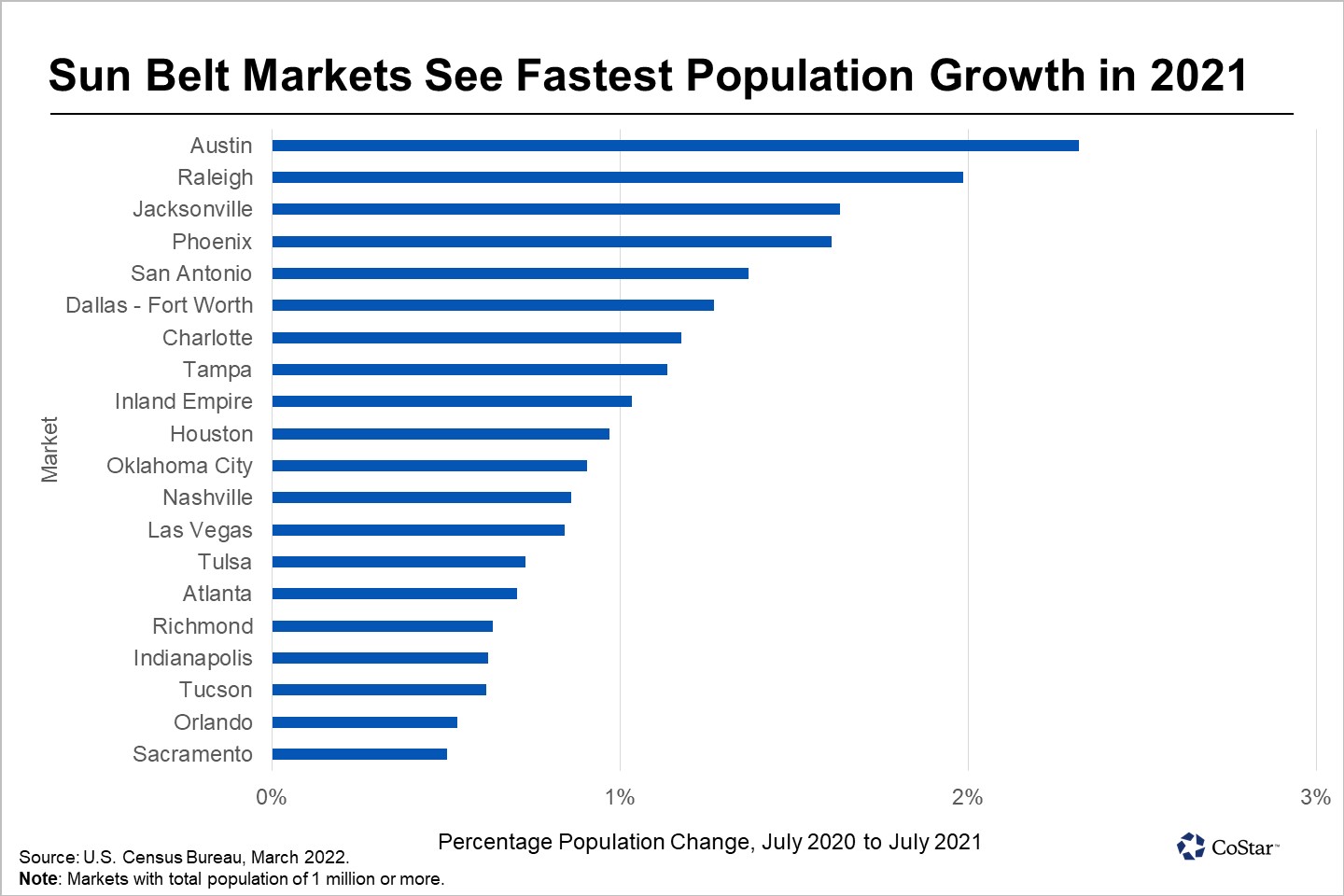 While lower immigration and birth rates suppressed overall population growth to a historic low of 0.1% in 2021, migration within the U.S. has accentuated the geographic shift of population to the Sun Belt.

With the prospect of slowing population growth across the nation, tracking outperforming locations is integral to any real estate strategy. Nine out of the top 10 fastest-growing metropolitan areas of more than 1 million people were in the Sun Belt, and eight of the 10 fastest-growing markets with 500,000 to 999,999 people were in the Southeast. Among the top 10 large metropolitan areas losing population, seven were either in California, the Northeast or Midwest.

“Raleigh’s diverse employment base, coupled with lower-than-average cost of living, has spurred population growth,” said Ashley Rogers, CoStar’s senior market analyst in Raleigh. “Like many rising tech markets, the Triangle has been bolstered by a strong institutional base, consisting of top university and healthcare systems, creating a talent-rich environment that has attracted tech giants such as Apple and Google.”

Continued job growth and relatively lower housing costs in large markets in the Sun Belt helped attract an increasing share of movers from out of state.

Large markets that relied on immigration for growth through the 2010s saw population declines, even in the Southeast. In the 2010s, Miami averaged a net of 40,358 immigrant arrivals each year and grew an average of 0.8% annually, despite net negative domestic migration. In 2021, net immigration fell to around 14,000, and Miami’s population declined by 1.1%.

The nation’s largest cities continue to shed population. New York lost more than 325,000 people from July 2020 to July 2021, while Los Angeles, San Francisco and San Jose all saw their populations decline as well. 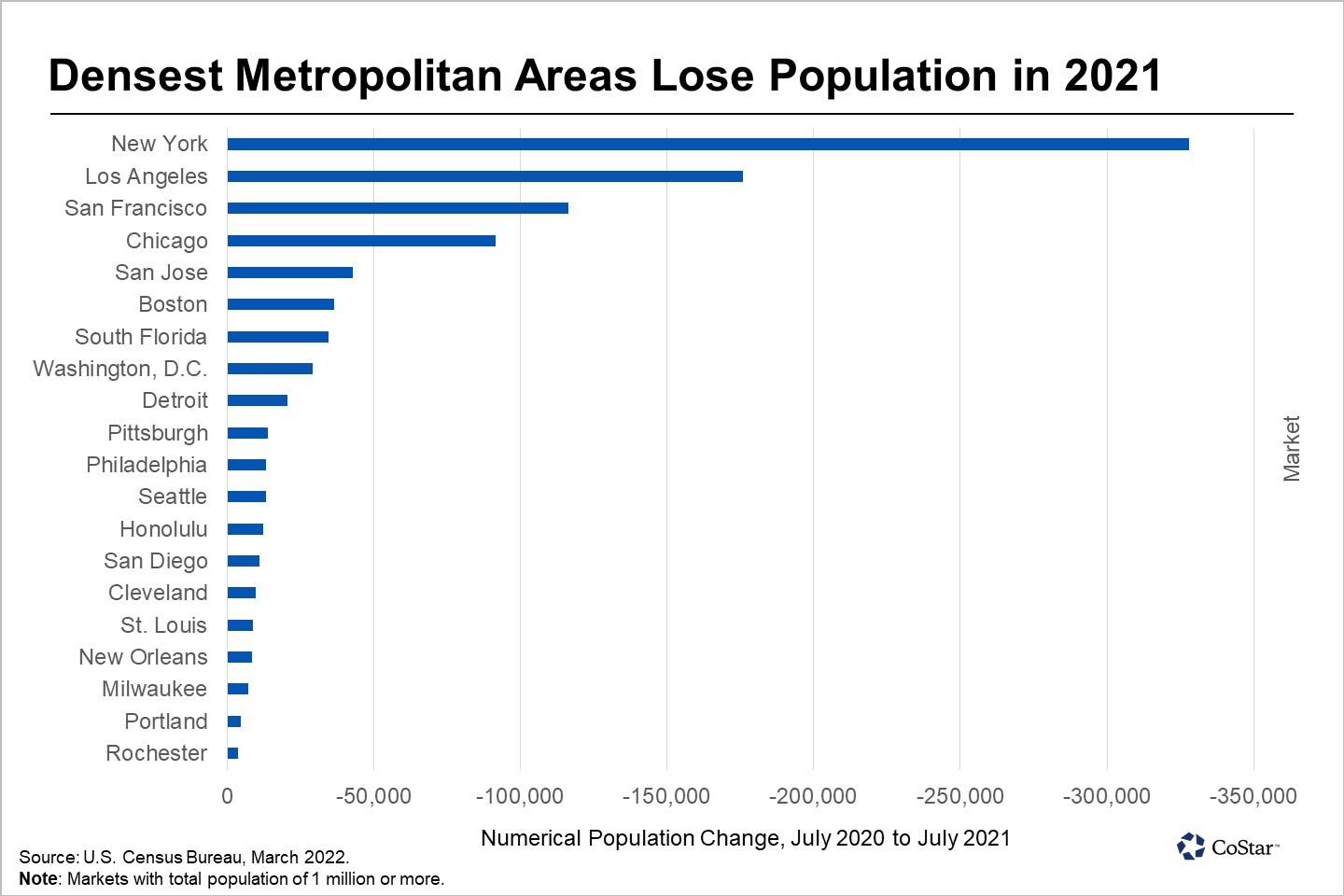